Last updated on Nov 17, 2020 Great Initiates of the Aryan Race

Initiates of Fires are highly developed beings, still are tied to the law of cause and effect. Periodically they come to Earth, not dragged by karma of reincarnation and in spite of them like other souls, but voluntarily; by their own decision they enter density of matter to achieve the last experiences. Desire is dead in them, but their souls still reflect shadows of past desires.
Before their reincarnation, these beings measure the great difference between state of vibration in which they are and state of physical density, as an act of sublime sacrifice. They feel an immense sorrow and an indescribable reluctance to abandon themselves to a life that calls them; but, since they understand their need of experiencing one more time the life of men, during which they will be able to remove the shadow of any desire, they enter a state of concentration and softly abandon themselves to a sleep that will last one more life.
Since on Earth they are not tied to any determined desire, the feel the impulse and imperious need of achieving entirely the evolution and development of the Idea-Mother. At the same time, their work is synthesis of their human aspiration.
In Initiates of Fire, it is difficult to differentiate what is the work they achieve to remove quickly their karma and what is the work they develop for the sake of Humanity. These two aspects go so closely united that are only one expression; since these Super-men devoted to good things or to a work do it with so much elevation that their work becomes an instrument of Their final purification.
The motto of Initiates of Fire is to make of matter the mind, and of mind the matter. When they make of matter the mind, they spiritualize their actions and works; and when they make of mind the matter, they spend his energies and aspirations for a practical and profitable good.
Generally, their existence as extraordinary beings passes unnoticed on Earth; but their work leaves undeletable tracks. Their main mission is to prepare the souls so that they are able to transmute values kept in them. According to different types of activity, they are forgers of souls, masters of great Initiates. 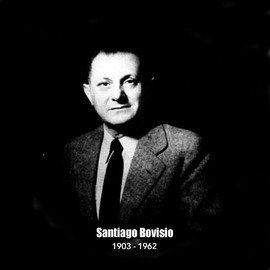 Disciple, the Teachings –free, generous and magisterial– are at your disposal. It is up to you. Master Santiago came back!